Fighting time, fear and (lack of) infrastructure in Antigua

Hermalinda sells second-hand children’s clothes and other items out of the front room of her house. She is a single mother and the sole provider for her two boys. Her husband died four years ago. 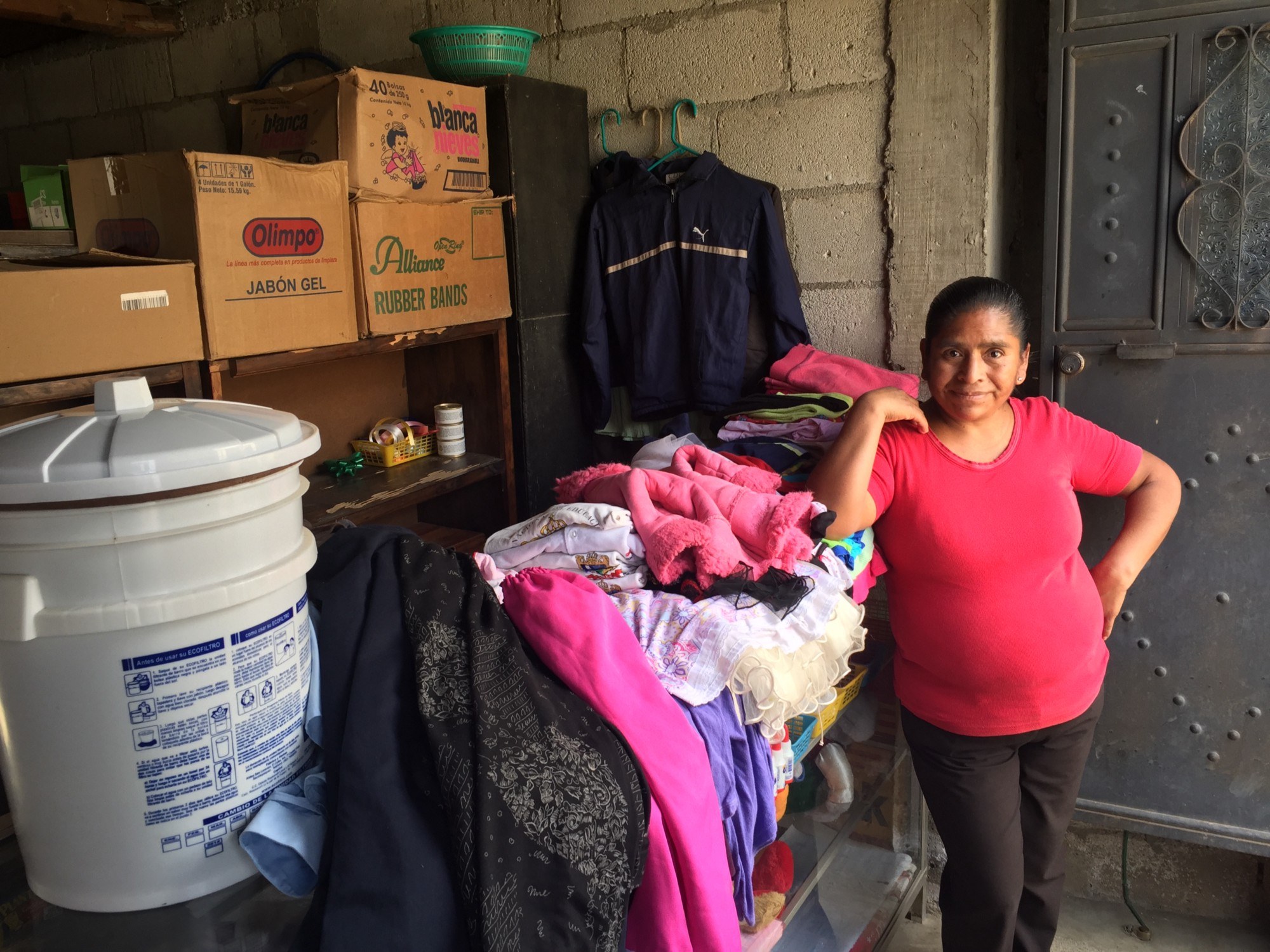 “Who is not afraid of pure space — that breath-taking empty space of an open door? But despite fear, one goes through to the room beyond” — Anne Morrow Lindberg

Sunday marked halfway. And I panicked. The first three weeks in Antigua were incredible — both incredibly hard and incredibly beautiful. I met people from all over the world, visited places of extreme poverty and wrote stories from what seemed to be an endless spring of ideas and inspiration. Then, with the departure of one mission group, the stories stopped flowing. I faced the toughest writer’s block I’ve encountered to date.

I tried everything to break through the block. I woke up early. Nothing. I stayed up late. Nothing. I went back to the places where I wrote before. Nothing. I read more, I did more yoga, I rearranged my room. Nothing.

I had a wealth of ideas, but I couldn’t figure out how to get them down on paper.

The stories here are a hundredfold and then some. I spent the week talking to locals and extranjeros (foreigners) about the biggest problems in Guatemala. Suelen (my Spanish teacher) told me about the state of the public hospitals — no medicine, no food, no doctors. She also shared a story of her neighborhood friend who became pregnant at 13 by her stepfather. He went to jail — thanks to a recent movement to incarcerate men who abuse women — but she received no support for the child.

Later that week, Francisco, a teacher at Escuela Integrada shared his story of working in the streets shining shoes and helping his brother sell hotdogs. He remembers vividly a day he came running home for lunch and, when he asked his mom where his lunch was, her response was, “how much money did you make?” Not having luck that morning, he responded, “nothing.” She told him to return to the streets and continue working until he had enough to earn lunch. He was five.

I conducted my first interview in Spanish with Hermalinda, the mother of an Escuela Integrada student. I visited her when a group of missionaries installed a stove in her house. She lives high on the hill in San Felipe. Each day, her son, William, who is in 9th grade, descends the hill and walks 30 minutes to the school. Her husband died four years ago. I asked Hermalinda about life on the hill and about her biggest struggles. We stood in the entryway of her cement and metal home where she sells secondhand children’s clothes and other goods to provide for her two boys. Sandra helped translate the more complex questions, and I scribbled notes in both languages. This was her first stove, and a “wonderful birthday gift” for William.

Hannah and I talked about the lack of healthcare. In Guatemala, a mother’s mean age at first birth is 20.3, a good nine years my junior. That’s scary. And the infant mortality rate, at 22 deaths per 1,000 live births, puts Guatemala in the top third in the world. That is not the third you want to be in. There are .9 physicians per 1000 people, and roughly 54,600 people living with HIV/AIDS (2015). There are few preventative programs, and the ones that do exist are vastly understaffed and underfunded.

After hearing all of this, my simple, yet honest, questions were twofold: “Who is telling the stories that need to be told?” and “Where is the news?”

There is a small newspaper here in Antigua and two regularly published magazines for tourists, one in Spanish and one in English, but I have yet to find a publication that is doing the type of investigative journalism and storytelling necessary for change. The newspaper often focuses on government corruption — which is widespread — and violence, but expends very little energy on the topics of education, healthcare or other social programs.

Reporters do talk about the children who live in the dump in Guatemala City from time to time, and they absolutely must (Note: if you haven’t watched one of those videos yet, do it. It will rock your world). But little attention is given to the problems that exist on a day-to-day basis outside of the city. Those stories come by way of people like Suelen, Francisco, Hermalinda and Hannah.

Nonprofits share what they can, tourists and volunteers share what they know (I am one of them as it is still early in my education of Antigua) and the occasional filmmaker puts together a documentary that shines in the spotlight for awhile. But tourists and volunteers return to their countries of origin, and while they may be impassioned by the stories for some time, that too will give way eventually (one of my biggest fears for my too-soon return Stateside).

In the U.S. we have more news organizations and citizen journalists than we know what to do with. And the way they spend their time (and money)? Complaining about Trump. A valid complaint (not to offend anyone reading this), but what if we focused our storytelling energies on telling the stories of the world? What if we helped Antigua start an on-the-ground investigative team, a school for journalists, a program within diversificado, the high school vocational program here in Antigua? What if we empowered people here to tell the stories that need to be told?

No news is, well, no news, and no news in a place where the news needs to be told is a very bad thing.

If we had a fifth of the problems in the U.S. that Guatemala faces on a daily basis, people would be up in arms. But social ills here go unnoticed, undocumented and unresolved.

I now know the source of my writer’s block.

I like to write stories that have solutions, stories of hope, stories of courage, stories of change. What I faced after last week was a block rooted in the disparity that there is very little I can do in my remaining three weeks in Antigua. I could become one more tourist, one more volunteer, who came, saw, cried and returned to comfort. That is where the fear came in. That is where I felt paralyzed. I ran circles in my head, oscillating between overwhelmed, angry and passionate about the stories that need to be told.

So what happens next? I don’t know much, but I know I am already knee-deep in ideas about how to get back here, how to meet more people, how to write more stories, how to keep the well flowing, even if the stories don’t end with a solution. Maybe those stories, the raw ones, the ones that don’t have a solution, the ones that leave you longing to create change, are the very stories that initiate a movement, small as it may be.

“Once, on ancient Earth, there was a human boy walking along a beach. There had just been a storm, and starfish had been scattered along the sands. The boy knew the fish would die, so he began to fling the fish to the sea. But every time he threw a starfish, another would wash ashore. “An old Earth man happened along and saw what the child was doing. He called out, ‘Boy, what are you doing?’ “ ‘Saving the starfish!’ replied the boy. “ ‘But your attempts are useless, child! Every time you save one, another one returns, often the same one! You can’t save them all, so why bother trying? Why does it matter, anyway?’ called the old man. “The boy thought about this for a while, a starfish in his hand; he answered, “Well, it matters to this one.” And then he flung the starfish into the welcoming sea.” ― Loren Eiseley, The Star Thrower